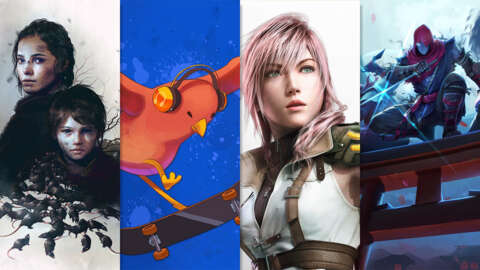 September is another great month for Xbox Game Pass subscribers, but as usual, a number of games will be leaving the service to make room for the latest additions. On September 15, a grand total of 11 games will be removed, with some of the affected titles being an indie classic set inside of the insect kingdom, a harrowing journey through medieval France, and an almost unstoppable goose.

A Plague Tale: Innocence, stealthy ninja adventure Aragami 2, and rock opera odyssey The Artful Escape are some of the biggest departures coming later this month. The enchanting Bug Fables: The Everlasting Sapling, Final Fantasy XIII, and Skatebird will also be making a grand exit as the Game Pass library adds several games throughout the month. As a reminder, Game Pass members can save 20% on any of the games listed below if they choose to buy them afterwards.

In case you missed it, the September Game Pass titles include a mix of life simulation fun and heavy metal exorcisms. Disney Dreamlight Valley starts its early access phase today, DC League of Super-Pets assembles an all-star roster of heroic companions on September 13, and you’ll be able to blast demons to the beat of some heavy riffs on September 15 when Metal: Hellsinger launches.

GameSpot may get a commission from retail offers.

The products discussed here were independently chosen by our editors.
GameSpot may get a share of the revenue if you buy anything featured on our site.

Image: NetherRealm Studios / WB GamesThe Winter E3, aka The Game Awards, is airing next week and people are getting...

Fortnite Chapter 4 is just hours away. Though Epic hasn't publicly stated when Fortnite's servers will be back up, some...

Days like this I wish that raindrops would fall.Screenshot: Game Freak / KotakuPokémon Scarlet and Violet may be plagued by...