Ambulance removed after hanging over side of bridge 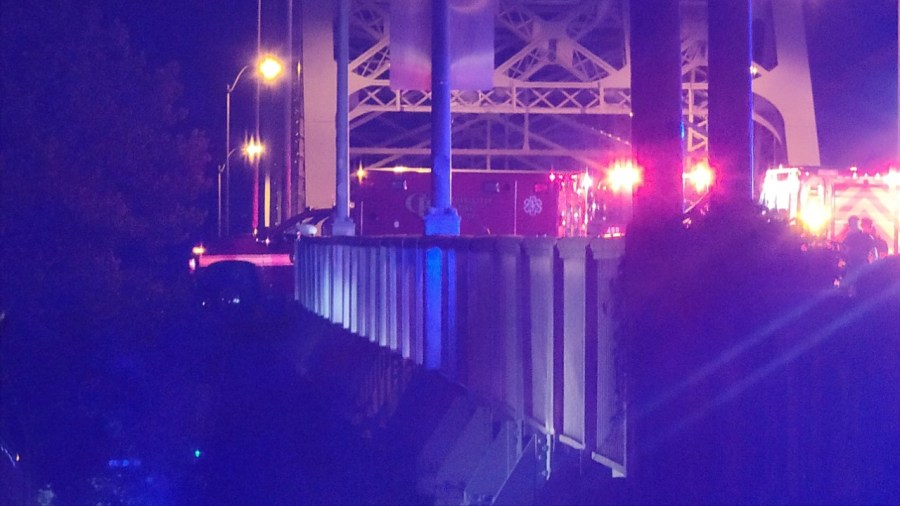 UPDATE:  9/5/2022 @11:55p.m.  The Patrick Street bridge in Charleston is expected to be open Tuesday morning for drivers, after being shut down for close to two hours Monday night when a city ambulance got stuck on the bridge’s guardrail.

Charleston Police on the scene said that the driver hit the curb causing the emergency vehicle hang over the side of the bridge.

No patient was in the ambulance at the time and no other vehicles were involved.

The two medics were taken to the hospital to be checked out per city policy.

Earlier in the evening one of the medics was said to have a minor injury, according to police.

CPD said that the medics were able to get out of the ambulance through the passenger side door.

The city is expected to release more information Tuesday morning.

In addition to the Patrick Street Bridge being shut down, Kanawha Boulevard below, near the Drug Emporium was also closed while crews worked to remove the ambulance.

CHARLESTON, WV (WOWK) – Emergency crews are on the scene helping one of their own.

Pictures from the Patrick Street Bridge in Charleston show a City of Charleston Ambulance over the guardrail of the bridge.

The entire bridge is shut down and so is Kanawha Boulevard in the area below – near the Drug Emporium.

13 News has a crew at the scene working to get more information.

At this time is not clear how the accident happened or if anyone is in the vehicle.

According to Charleston Police, this was a single vehicle crash, with minor injuries to the driver.

This story is developing stay with 13 News for updates.

KINGWOOD, W.Va. (WBOY) — A teenager charged in the death of his father in Preston County has received the maximum...

CHARLESTON, WV (WOWK) — There were big steps taken today to avoid a nationwide rail strike, set for next week....

The elections are over, but foreign meddling isn’t

A top Russian oligarch and ally of Vladimir Putin openly stated  his country has engaged in U.S. election meddling and...

WILLIAMSON, WV (WOWK) — The City of Williamson, West Virginia, created a special way for Tug Valley kids to get...

All about Statue of Liberty - History, Location, Timings