Clemente Lisi on news about ‘good’ Catholics, as opposed to ‘bad’ ones — GetReligion 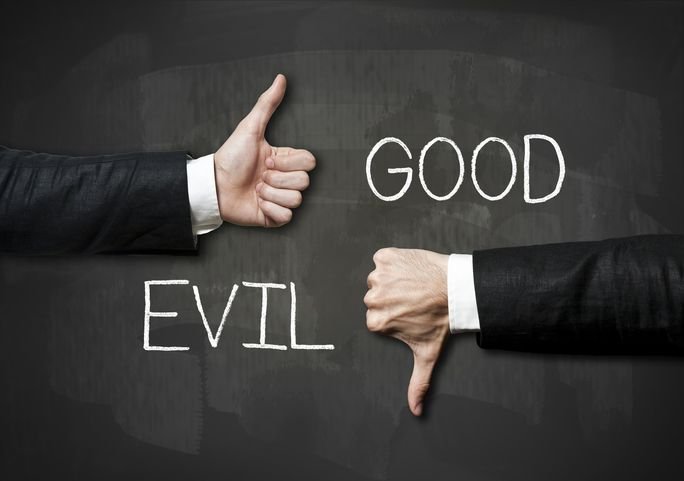 Here is a question from the news, sort of, that cuts to the heart of this bonus GetReligion podcast by Clemente Lisi, taken from his on-air visit this week with Todd Wilken at Lutheran Public Radio (CLICK HERE to tune that in).

If Gov. Ron DeSantis started carrying a rosary, and talking about it quite a bit in the context of his Catholic faith (think President Joe Biden), would journalists in major newsrooms see this as a good thing or a bad thing? Possible answers: “Yes,” “No” and “You need to ask?”

Go ahead, if you want to, and think about it in the context of these recent posts: “Concerning the right-wing rosary attack — was that Atlantic feature really ‘news’?” and “Tip for reporters — Don’t assume what Catholics believe based on politics or Internet memes.”

In reality, the spark for this podcast came from Religion Dispatches piece the other day, by exevangelical trans scribe Chrissy Stroop, with this headline: “Media fail to acknowledge that 2024 hopeful Ron DeSantis is as Catholic as Biden.” Hold that thought.

The Religion Dispatches piece included commentary on a March 22 GetReligion post with this headline: “As Florida’s DeSantis wages culture war, his Catholic faith isn’t news — unless it’s used to attack him.” By the way, editors there failed to note that Lisi is Catholic, as opposed to evangelical, which seems relevant.

Here is the key passage from the Lisi post:

The two things that lots of people don’t want to read about these days is the coronavirus pandemic and Donald Trump, part of a larger trend regarding news fatigue in this country. Unfortunately, this post will mention both and only because it is about Ron DeSantis.

The Florida governor has been in the news the past few years because of his connection to the former president and a virus that paralyzed the planet for two years. A hero to the right and bogeyman to the left, DeSantis has received plenty of mainstream news coverage — much of it one-sided — because of his use of so-called culture war issues to push legislation.

DeSantis, who is running for re-election and among the favorites to run for the White House in 2024, has been a lightning rod for Democrats and a focus of criticism from the mainstream press. … While the coverage has predictably focused on politics, the religion-news hooks in these stories have largely been ignored — unless they were highlighted to be used against him. The bottom line: DeSantis is not the kind of Catholic who draws cheers from journalists who admire progressive Catholics.

Lisi followed up a few weeks later with this post: “Press quiet as a mouse when it comes to Catholic angles in this Disney-DeSantis fight.”

The basic idea, of course, is that the content of Biden’s Catholicism is good for America — think immigration and, well, college loan refunds — while DeSantis tends to focus on centuries of some Catholic doctrine about marriage, sexuality, family, education, etc. I’m not sure either candidate wants to talk about the death penalty, all that much.

But here is a chunk of the Stroop essay that will help readers understand the podcast:

Clemente Lisi, a New York-based journalist and college instructor who contributes frequently to GetReligion, argues that the media’s failure to represent DeSantis as a politician moved by Catholic convictions represents problematic bias. Lisi is currently affiliated with The King’s College — a nondenominational evangelical school owned by Campus Crusade for Christ (since rebranded as “Cru”) until 2010 and headed by Dinesh D’Souza until 2012 — and GetReligion, an outlet with a strong bias in favor of conservative Christians.

As always, readers are encouraged to send me URLs in which GetReligionistas fail to encourage accurate, fair-minded coverage of believers on the left and the right. However, decades of media-bias studies do more than hint at some problems in blue-zip-code newsrooms on moral, social and religious issues (flashback to my Quill journal covers in 1983 and again in 1993).

Clearly, there’s little reason to think that someone like Lisi and someone like myself, an exvangelical atheist and political progressive, would agree on much of anything. And yet I agree that it’s a problem that our national discourse papers over the devout Catholicism of politicians like Ron DeSantis while playing up the devotion of liberal Catholics like President Joe Biden and Speaker of the House Nancy Pelosi, because DeSantis “is the wrong kind of Catholic,” as Lisi testily puts it.

As Lisi points out, only when journalists can portray DeSantis as being at odds with Catholic teaching they seem to approve of do they bring his Catholicism up — for example, when DeSantis clashes with a local bishop over his anti-immigrant stance, or when his stance in favor of the death penalty, which clashes with official Catholic teaching, is in the spotlight.

Of course, liberal Catholic politicians clash with the hierarchy too — on abortion access, birth control, and LGBTQ inclusion — and yet journalists show little interest in impugning their Catholic bona fides, instead portraying politicians as heroic for standing up against pressure from the Catholic Church.

My reasons for caring about the evident double standard here seem to differ sharply from Lisi’s. As far as I can tell, Lisi wants to highlight DeSantis’s right-wing Catholicism because he believes it should be acknowledged as a legitimate source of influence in American politics. For my part, it’s my strong conviction that religious beliefs should be allowed no influence whatsoever on policy that undermines equal accommodation in the public square for people who do not share those beliefs. …

Journalists’ and editors’ pervasive framing choices in this regard both reflect and perpetuate the too-little acknowledged Christian privilege that permeates American civil society. They do so by equating “Christian” with “good”; in this case via associating political leaders’ Catholic affiliation with policy positions that promote equality and human rights, even if they are occasionally critical of the Catholic hierarchy. The issue here is thus related to the problem of dismissing authoritarian Christians as “fake Christians,” a topic I’ve written about many times before.

Now readers can CLICK HERE and dig into Lisi’s remarks.

Let’s hope this podcast has sequels.

FIRST IMAGE: Uncredited illustration with “Why the Confusion Between Good and Evil?” feature at Life, Hope & Truth website.

Then COVID-19 hit. But the pandemic's impact in pews only made an ongoing charity funding crisis more obvious, said Sylvia...

Who Was America's First WWII Ace?

New Science May Show Why Sound Can Ease Pain