Fellowship of Christian Athletes wins an ‘equal access’ case, even if LATimes missed that — GetReligion 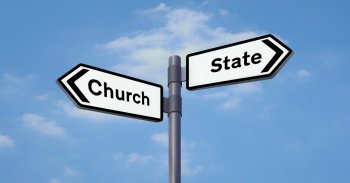 This is where “equal access” principles come into play.

Let’s flash back to a GetReligion post from earlier this year that ran with this headline: “Another SCOTUS win for ‘equal access,’ whether most journalists realized this or not.” I noted that there are:

If schools want to close ALL student clubs, they can do so. What they cannot do is argue that religious beliefs are automatically more dangerous than secular beliefs. In this case, it was also clear that school leaders were signaling that they accepted SOME religious beliefs, but not others. This is a classic sign of “entanglement” of secular leaders with questions of religious doctrine.

Let’s keep reading what that “Trump” justice had to say:

Lee wrote that the court did not intend to “minimize the ostracism that gay and lesbian students may endure” because of the Fellowship of Christian Athletes’ religious views. But, he wrote, “in our pluralistic society in which people from diverse backgrounds must coexist despite having starkly different worldviews, the Free Exercise Clause requires the government to respect religious beliefs and conduct, even if many people may find such beliefs to not be ‘acceptable, logical, consistent, or comprehensible.'”

Lee’s ruling cited several recent court decisions in favor of religious groups over government bodies, including by the U.S. Supreme Court, which has come down solidly on the side of religious organizations in recent disputes.

It didn’t help that, in a nod to other recent SCOTUS cases (think Masterpiece Cakeshop), two “Trump” justices noted some rather blunt “animus” toward conservative Christians by some authority figures at this school. (The “Obama” justice’s dissent centered on some technical legal issues.)

In addition to writing the court’s majority opinion, in which he was joined by fellow Trump appointee Judge Danielle Forrest, Lee wrote a separate, concurring opinion. …

Lee quoted one teacher as calling the club’s beliefs “bulls—,” another describing evangelical Christians “as ‘charlatans’ who perpetuate ‘darkness’ and ‘ignorance,'” and another who “denigrated his own student as an ‘idiot’ for empathizing with FCA members who faced backlash from teachers and students.”

“This is not, to put it mildly, neutral treatment of religion,” Lee wrote. “More than a whiff, a stench of animus against the students’ religious beliefs pervades the Pioneer High School campus.”

Lee said that “animus” was further reason to rule against the district.

The term “animus” was a direct reference to a U.S. Supreme Court decision. That seems relevant.

Still, Los Angeles Times editors gave this story quite a bit of ink, allowing for quotes that did a WAY better job than usual of handling this kind of (equal access) case. It’s an important story and, of course, there will be others like it in the future. It will help if journalists do a bit of homework on old-liberal First Amendment principles from the Clinton era.

FIRST IMAGE: Uncredited illustration on the National Secular Society website, with a feature entitled “Church and state should be separate.”

New round of national initiative focuses on helping congregations thrive

New round of national initiative focuses on helping congregations thrive

INDIANAPOLIS — Lilly Endowment invites organizations that support Christian congregations to participate in the second competitive round of a national...

News consumers may recall this recent headline: “The AP Interview: Pope says homosexuality not a crime. This “crime” discussion created...

“You People” is the Black-Jewish movie of the year

Let me just put this out there: You People, the new film by Jonah Hill and Kenya Barris, might be...

Cardinal George Pell had no way to know, as he rose to preach during a spiritual retreat in southern Italy,...

What To Know About Fall Booster Shots Of Coronavirus Vaccine