The nonbank mortgage lender says 40-year, interest-only loans will help borrowers and investors who have been priced out of today’s housing market.

Join us at Inman Connect New York this January for 75+ educational sessions, 250+ expert speakers, and networking opportunities with thousands of industry professionals. Register today for our Labor Day special rate good through September 5! Check out these just announced speakers for this must-attend event. Register here.

Nonbank mortgage lender Newrez is going back to the playbook from the last housing boom, rolling out a 40-year fixed-rate mortgage it says will help borrowers and investors who have been priced out of today’s housing market by providing a lower monthly payment.

Like Newrez’s other “Smart Series” loan products, the new 40-year loan is a “non-Qualified Mortgage,” or non-QM, meaning it’s not eligible for purchase or guarantee by mortgage giants Fannie Mae and Freddie Mac, so borrowers typically pay higher rates.

The new offering is also an interest-only loan for the first 10 years, meaning homebuyers who use it to finance a purchase won’t be required to pay down any loan principal for the first decade they own their homes. 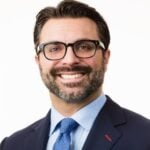 “Our Smart Series products, like the 40-year [interest only], are developed to meet the needs of today’s borrowers and open the door to thousands of prospective homeowners,” said Newrez Co-Head of Production Jeff Gravelle in a statement.

Newrez says the 40-Year interest-only option is available for all Smart Series products and is now being marketed through all of the company’s lending channels — retail, wholesale, correspondent, joint venture and direct-to-consumer.

Newrez’s SmartSelf loan — which it touts as “ideal for self-employed borrowers requiring the use of bank statements and/or asset amortization to qualify” — is not available to first-time homebuyers and requires a minimum down payment of 10 percent for loans of up to $2 million. Borrowers with excellent credit (a credit score of 740 or above) can borrow up to $3 million when putting 20 percent down.

Second time around for 40-year loans

Loans with repayment terms exceeding the 30-year industry standard are a concept that’s been tried and found wanting before.

During the housing bubble that preceded the 2007-09 mortgage meltdown and the Great Recession, Fannie Mae started buying 40-year fixed-rate mortgages after launching a pilot program in 2004 with credit unions.

Although the idea was panned at the time by critics including “The Mortgage Professor” Jack Guttentag, Fannie Mae expanded the program in 2006, and for a short time, a number of big-name lenders including Wells Fargo, Bank of America and Washington Mutual offered the loans. For a while, there was even talk that 50-year mortgages might be a good way to help homebuyers cope with rising home prices.

But when funding for subprime lenders dried up in 2007 and the housing bubble popped, lenders like Washington Mutual went under, and Fannie and Freddie ended up in government conservatorship in 2008, as potential losses from the subprime mortgage meltdown mounted.

Mortgages with 40- and 50-year terms disappeared from the scene before taking significant market share. It was subprime loans with lax underwriting standards and “exotic” features that were blamed for much of the runup in home prices during the housing bubble.

Today, most home loans are “Qualified Mortgages” meeting standards adopted in 2014 to discourage lenders from offering risky loans and to encourage them to carefully evaluate each borrower’s ability to repay.

Lenders who meet the QM standards are granted a legal safe harbor from lawsuits by borrowers, which makes it easier to bundle loans into mortgage-backed securities that are sold to investors.

When UK Prime Minister Boris Johnson floated the idea of 50-year mortgages in July, Urban Institute fellow Laurie Goodman said she doubted that mortgages with terms beyond 30 years would take hold in the U.S., because of the difficulty of selling such loans to secondary market investors.

“You could go create a 40-year mortgage, but no one would buy it,” Goodman told Inman at the time. “The whole mortgage system is dependent on the 30-year mortgage market.”

Newrez did not immediately respond to a request for comment on whether borrowers taking out 40-year, interest-only loans will be at higher risk of default in the event of a downturn, and whether Newrez will be able to securitize the loans.

This summer, non-QM lenders Sprout Mortgage and First Guaranty Mortgage Corp. were forced to stop making loans, reportedly because they had trouble selling loans to investors when mortgage rates surged in the first half of the year.

Get Inman’s Extra Credit Newsletter delivered right to your inbox. A weekly roundup of all the biggest news in the world of mortgages and closings delivered every Wednesday. Click here to subscribe.

As the slide shows, we’ve seen pending contracts fall nearly every month going back to January of 2022. This speaks...

To go through life in a fat body means you are less likely to be hired for a job and will...

Author and strategist Katie Lance told an audience at Inman Connect New York on Wednesday that putting yourself out there...

But let’s be honest: Most people, even in the moderate damage zone, won’t survive. Hardly anyone lives or works in...

Early Compass Investor Talks About Where He’s Looking Next

The “Deal Never Dies” & Picking Up Properties Other Investors Neglect