The Sennheiser HD 400 Pro are a pair of professional mastering headphones. They are the first pair of open-back headphones in the company’s Pro lineup, which has only had closed-back headphones until now. 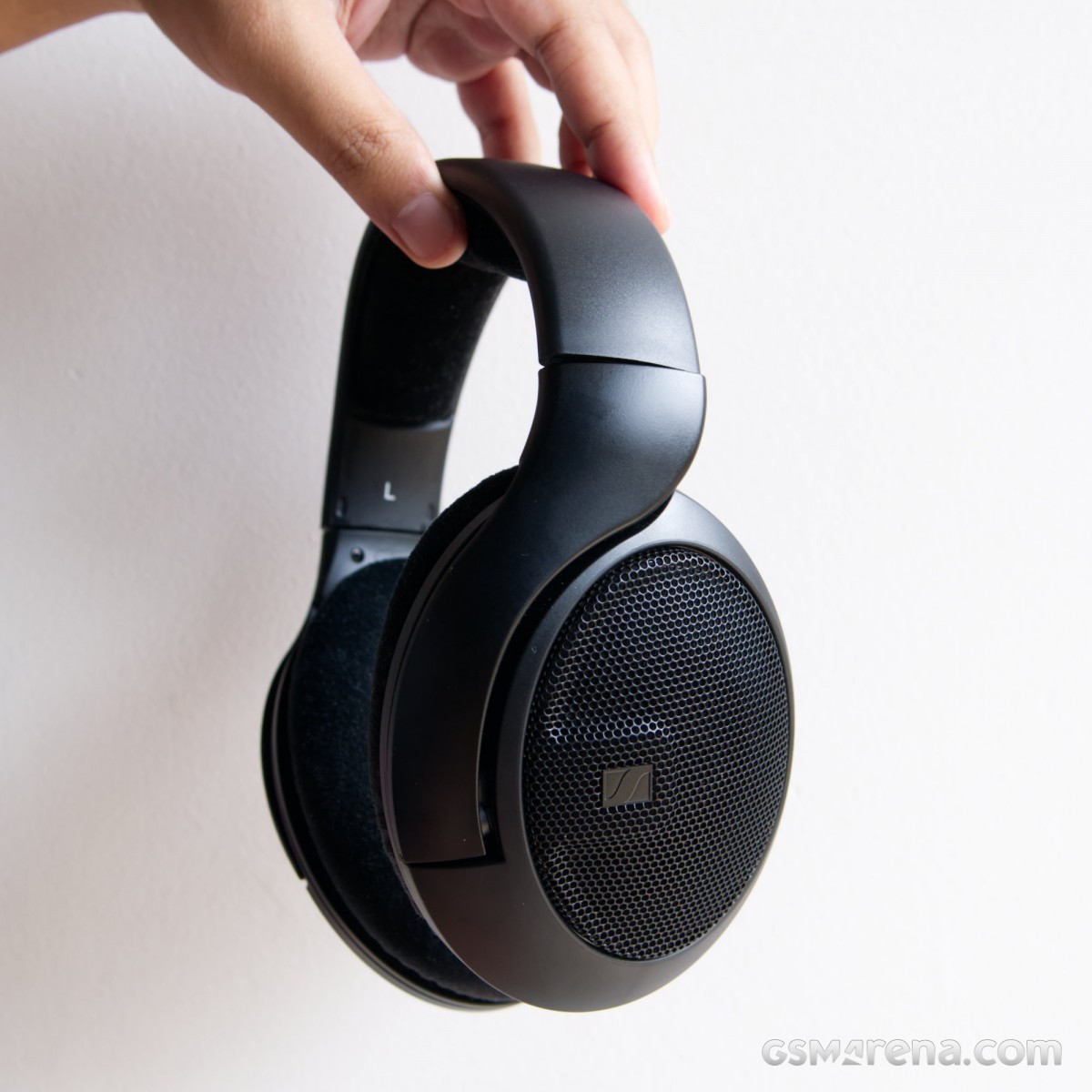 The HD 400 Pro are essentially Sennheiser’s HD 560S with slight modifications, none of which are to the sound. Compared to the 560S, the HD 400 Pro come with a slightly altered design and an extra cable in the box and for that, they cost a bit more.

The design of the HD 400 Pro is nearly identical to that of the HD 560S, which itself looks similar to several other HD 500 series headphones.

The differences between the HD 400 Pro and HD 560S come down to the blacking out of certain details. The silver Sennheiser logo on the side of the earcups has been painted black. Similarly, the Sennheiser wordmark on top of the headband has also been turned black, although it is a bit larger now. 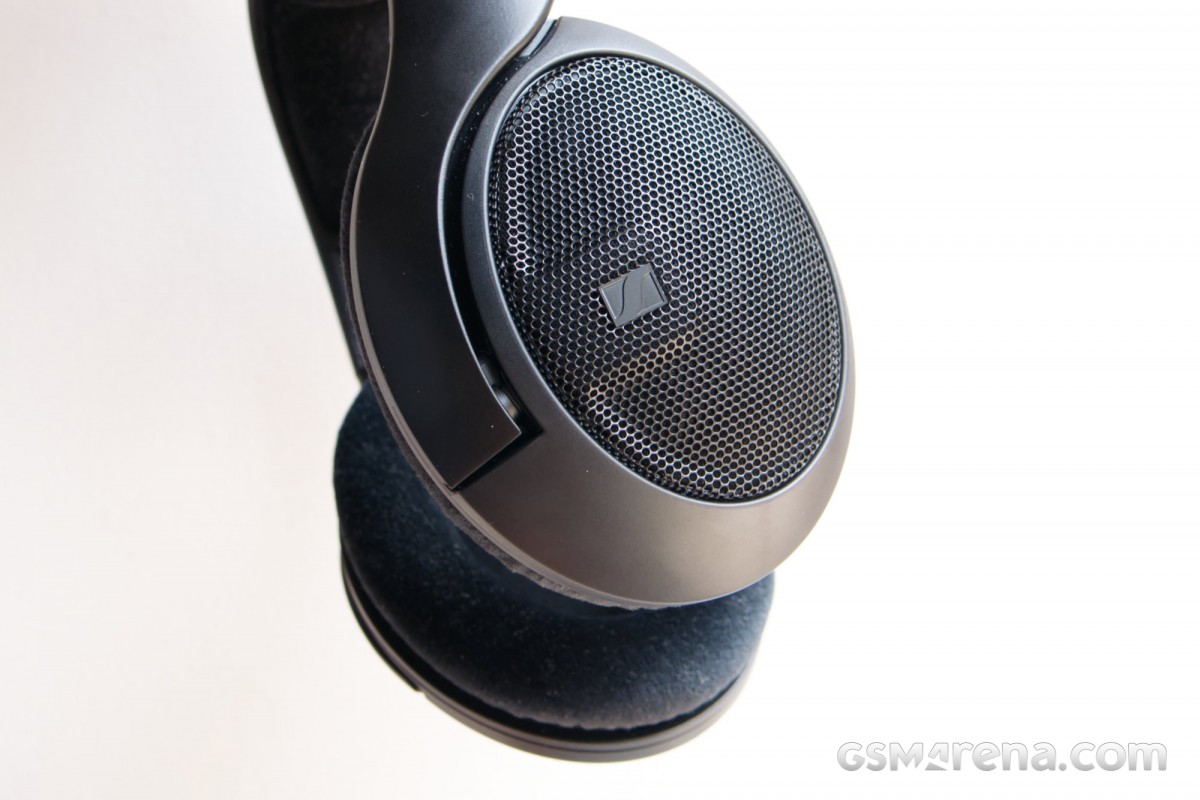 Other than that, the two are essentially the same pair of headphones. The earcups have spacious earpads with enough depth and width to house all but the biggest of ears. The back is covered by a black grille and the headband has soft foam padding.

Aside from the grille, the rest of the headphones are made entirely out of plastic. This is the case with most Sennheiser headphones and although they don’t feel immediately premium, they are known to last essentially decades of use as they are nearly indestructible. The only thing that should require regular replacement would be the earpads, as Sennheiser pads tend to flatten after a couple of years of use, which does affect the sound. 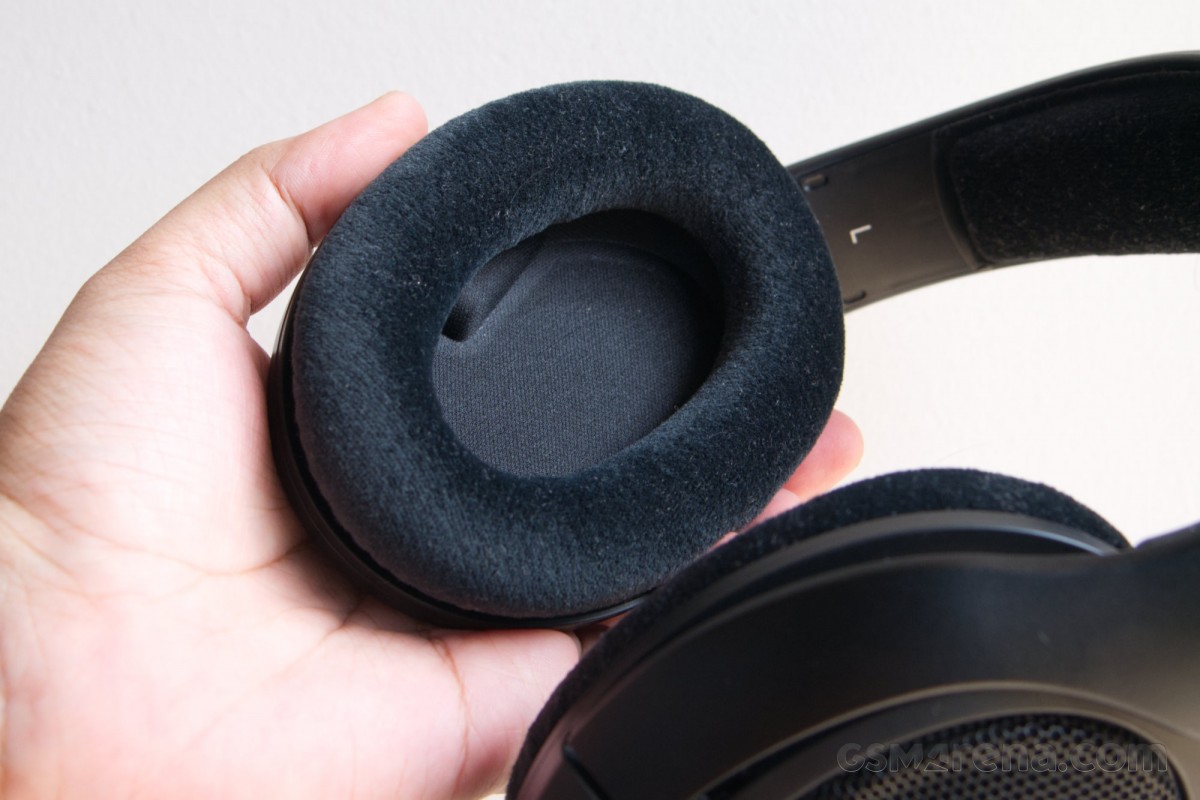 The headphones don’t have a ton of articulation. You can adjust the headband for length and that’s mostly it. The earcups have a very little swivel in either direction. That’s not to say they don’t fit securely on your head but if you do feel like taking them off and placing them flat on your chest then that’s not happening. The headphones also don’t fold, which is fine since they aren’t meant for travel or outdoor use.

On the left earcup is the connector for attaching the cable. The input jack has a 2.5mm size but more importantly, a proprietary locking mechanism that makes it difficult to use just any cable that you have lying around. 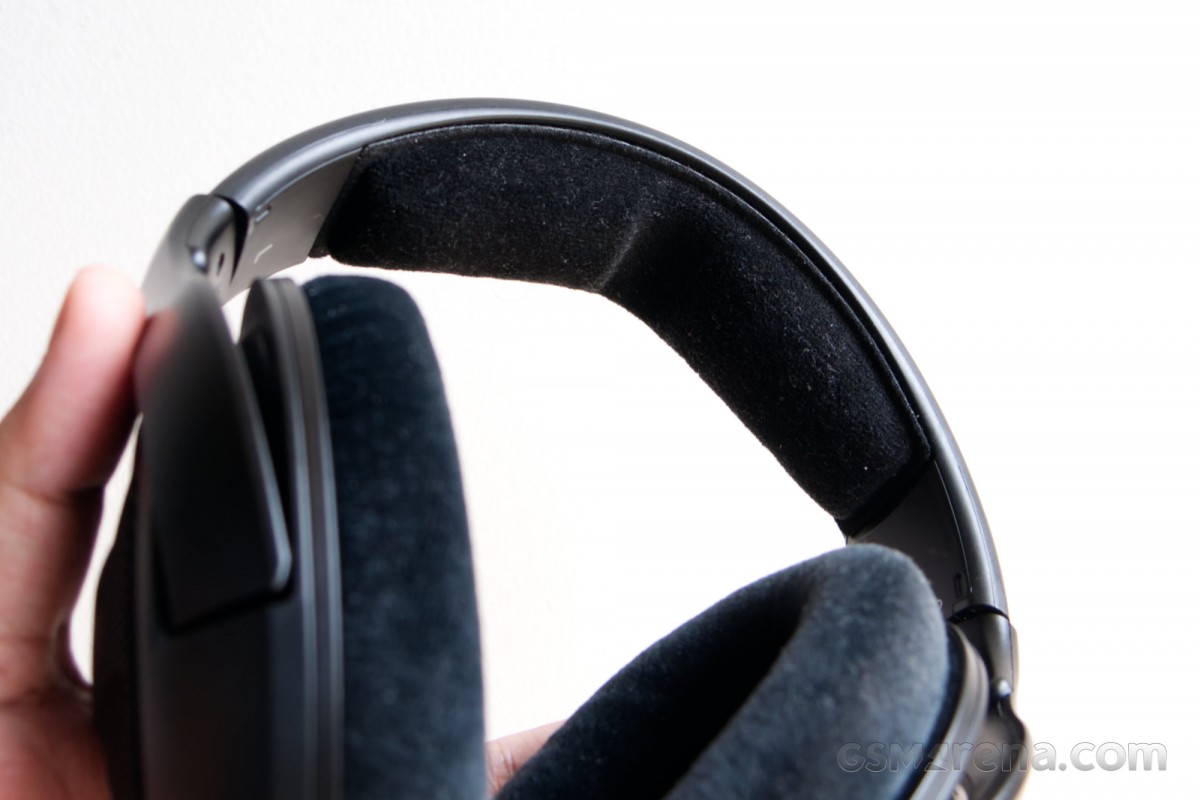 Speaking of cables, the HD 400 Pro comes with two, a 3m coiled cable and a 1.8m straight cable. Both of them have a 3.5mm plug and a 3.5mm to 6.3mm adapter is provided in the box. In comparison, the HD 560S comes with a single 3m cable with a 6.3mm plug. The more common 3.5mm plug on the HD 400 Pro cables should be convenient for those plugging directly into a computer and the coiled cable helps move around the studio without having to unplug the cable or have it get under your chair.

You don’t get much else in the box. There obviously isn’t a carry case or even a pouch as they aren’t meant for carrying around and strictly for indoor use.

The HD 400 Pro are a comfortable pair of headphones. There is some clamping force but it never gets uncomfortable and helps keep the headphones secure no matter how much you move your head around. 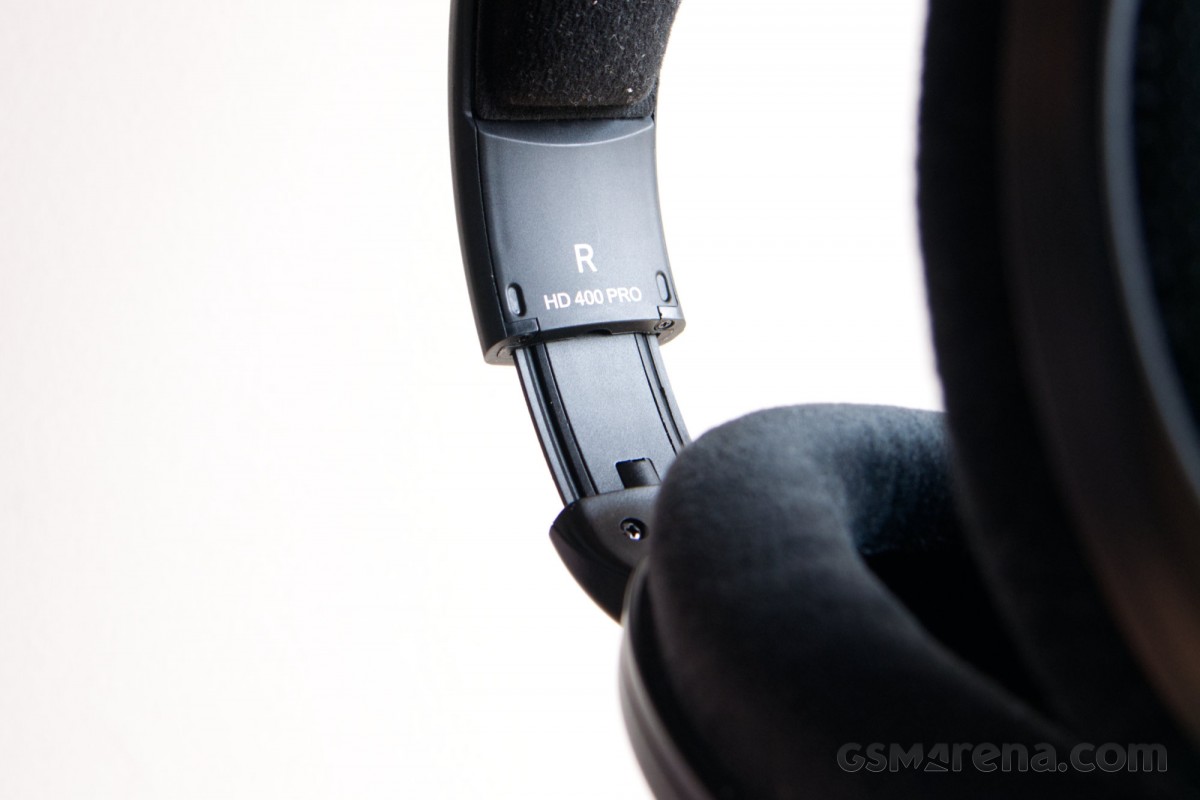 As mentioned before, the earpads are fairly large and accommodating. The material is soft and feels comfortable on the skin. The foam padding on the headband is similarly pliant.

Thanks to their plastic construction, the headphones are also fairly lightweight and you barely notice them on your head after some time. The straight cable is also quite light due to being relatively thin and doesn’t drag the headphones down. The coiled cable is obviously heavy but that is to be expected.

The Sennheiser HD 400 Pro are exceptionally well-tuned headphones. The sound is so neutral and precise that you don’t even feel like you are listening to a pair of speakers but just the original sound as it was recorded. It’s like looking through a pair of tinted glasses all your life and suddenly having them go clear.

The bass response is incredibly neutral and precise with good extension into the lower registers. This isn’t often the case as open-back headphones tend to lack low bass extension but the HD 400 Pro are somehow immune to this to some extent.

The mid-range is absolutely glorious. Vocals have a wonderful sense of transparency and intimacy to them. Instruments have stunning authenticity and timbral characteristics. Each instrument and sound source is distinct with a great sense of depth and dimensionality in the mix.

Treble is where things get a bit spicy. For the most part, the treble response is just as impressively accurate and detailed as the rest of the frequency spectrum. However, the HD 400 Pro adds a bit of extra spice at the top, which can cause certain sounds to have a sharper edge to them. The sound never gets sibilant but some already bright recordings can turn slightly harsh and cause fatigue over the long term. It doesn’t bother me personally but your mileage may vary. Like the bass, the treble also has good extension into the upper registers. 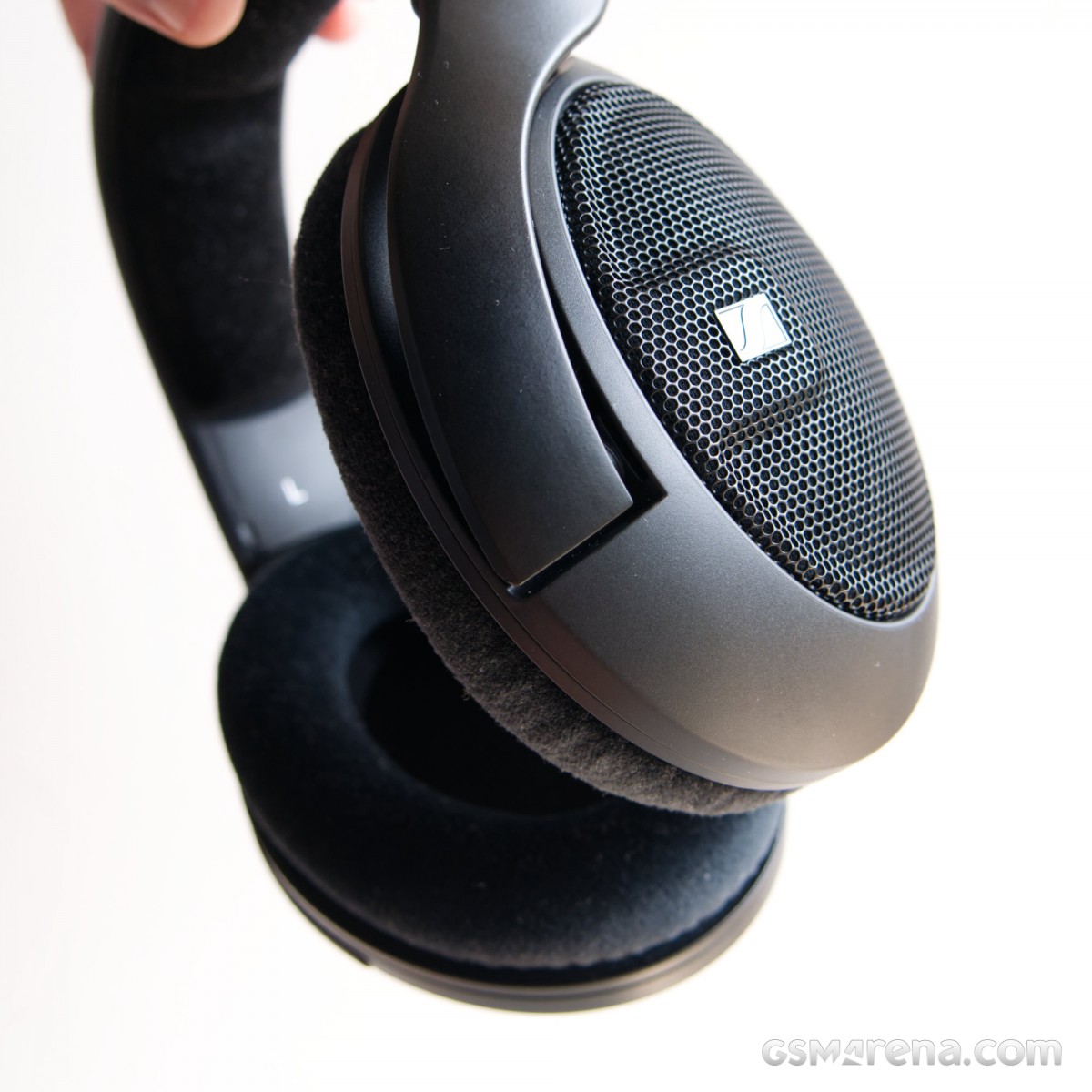 In terms of technicalities, the HD 400 Pro have a highly detailed and resolving sound. The two 40mm dynamic drivers can eke out all the fine detail in your music and recordings without being in your face about it. Imaging and soundstaging is also very good, although not the best I’ve heard. Sounds have good positioning around your head and there is decent spaciousness in the mix. It’s not quite at the same level as the HD 800/HD 800 S but then again, what is?

The HD 400 Pro do need some amplification to get the best out of but I was surprised at how well they run off a laptop or even a smartphone. It’s not ideal and if you can you should invest in a budget DAC/amp like the iFi Zen Air DAC or the Topping DX3Pro+ but you can get by on onboard audio just fine.

Being open-back headphones, you don’t get much isolation from ambient sounds and you also leak a fair amount of sound. This may not be ideal for mixing or mastering purposes so make sure you are using the headphones in quiet environments during critical listening.

While I am generally very impressed, I do have one complaint about the sound of the HD 400 Pro. My review unit seemed to have some channel imbalance going on, where the right driver sounded louder in certain parts of the frequency spectrum. It could be a thing with these headphones or it could be a one-off thing. That’s hard to say but all I can do is report on the one unit that was specifically sent to me for testing.

The Sennheiser HD 400 Pro ($250) are a fantastic pair of headphones, as are the HD 560S ($200) that they are based on. The choice of cables that the HD 400 Pro come with makes them much more practical and worth the premium, not just for studio use but also for general-purpose listening. 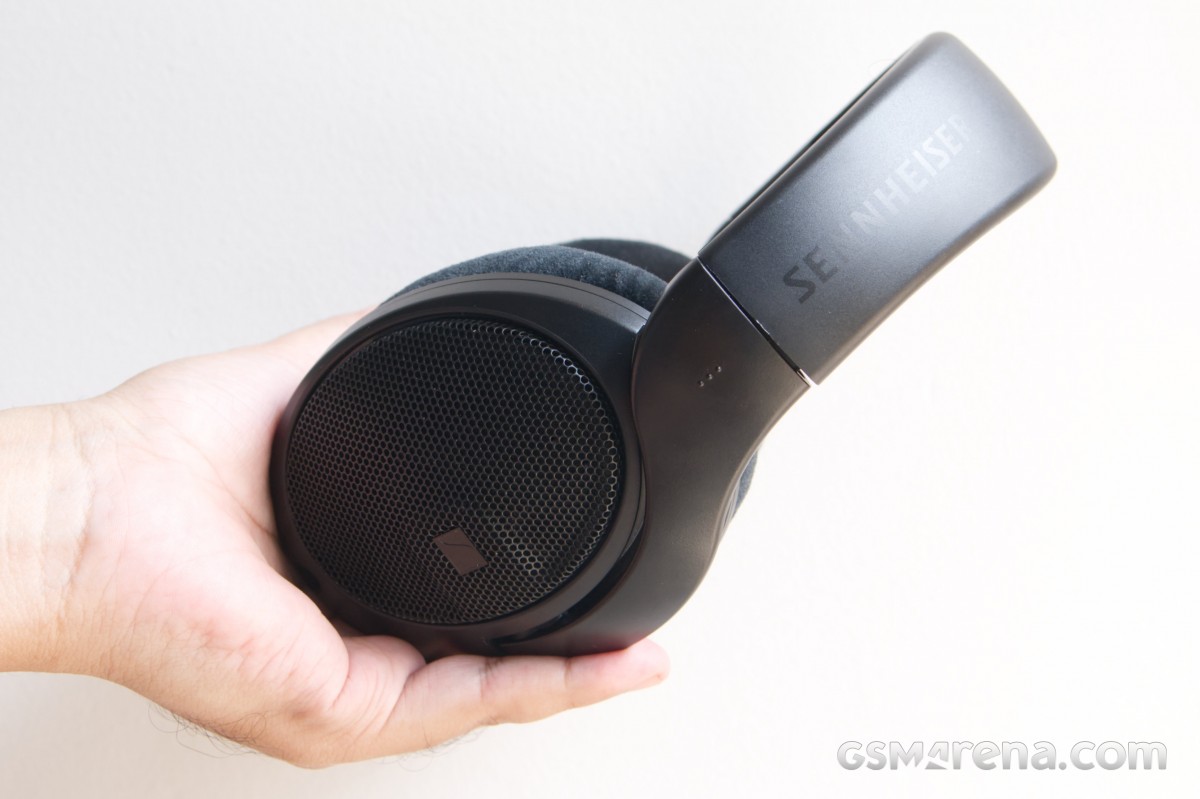 That latter part, for me, is where the HD 400 Pro excel at. I’m not particularly sold on the idea of using headphones for mixing/mastering, let alone an open-back pair. However, the HD 400 Pro make for exceptional general-purpose headphones that you can use for anything from music, movies, TV shows, games, podcasts, YouTube videos, and whatever else you can throw at them. It’s the most affordable way to add reference quality sound to your setup and one I am going to recommend going forward to anyone spending under $300.

The recent shopping spree had us looking at great deals for microSD cards and with that came the sad realization...

Last week brought us announcement Xiaomi 12T Pro Daniel Arsham Edition and we not get to check the limited edition...

Lamacchia Realty Gets Serious About Commitment: No More 'Slackers'

Handling Finances as a Couple: Individual, Combined, or a Bit Of Both?