What You Can Learn From Them

by admin
in Education
0 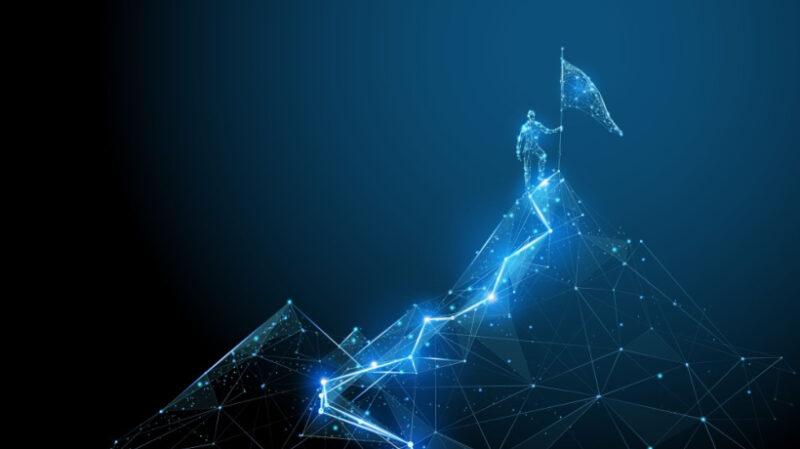 An eLearning business can be extremely profitable for its owner. The Research and Markets resource expects the online education market to reach $325 billion by 2025. [1]

But the idea now is not to impress you with numbers or theorize. Here, you’ll find stories of real eLearning startup founders and C-levels whose undertakings are not as large as Coursera but found their audience and now help students achieve their goals every day.

This post is based on the interviews taken by Anadea, an educational software development company that built the platforms under discussion.

Meet the cast: Pascal Klein of Ham-Nat Coach, Giuseppe Ferrara of Pro-Med, and Masnad Nehith, Technical Director at New Nordic Schools. All from different places: Germany, Italy, and Finland respectively, and all with the same impressions of the state of education and methods used in it.

Ham-Nat Coach’s Pascal was applying to a local medical university himself and was weirded out by how poorly structured and inaccessible the information was back then. “There were no decent sources to use for preparation—no books, not to mention eLearning platforms. My friend Tjark [Tjark ​​Krüger, Co-founder of Ham-Nat Coach] and I had to take the information here and there,” he recalls in the interview.

It was the same with Pro-Med’s Giuseppe, a former applicant to an Italian medical university who had to pass an admission test too. “All four of us [Giuseppe and his friends, Pro-Med co-founders] agreed on how poorly organized our study was, and naturally, it went down to creating a more streamlined process for other students to prepare for this test.”

On top of that, the information was often not only hard to find but also miscommunicated. “Why does it happen that people who teach even the most advanced topics are doing it in such a boring manner? I think they are simply giving information the way they were used to getting it at school or university,” says New Nordic School’s Masnad.

So, despite the industry’s profitability, all three were driven by another motivation—filling the gaps to improve the way other students are learning, and that’s what they’re doing now.

There are no one-size-fits-all directions, but there are a few more common places that helped the projects end up where they are. And I bet no coincidence took place.

I’ve put together not a guide but rather a list of considerations that made a difference in their cases.

Lesson 1: Being With The Audience Is Everything

A person struggling with something needs to know they’re not alone. That’s what Ham-Nat Coach and Pro-Med were conveying to their audience when building communication with it.

That feeling of belonging to a community is something that not only attaches the users to the platform but also pushes them to recommend it to their study mates. Ham-Nat Coach started as a Facebook community where anyone could post a question or share their knowledge in an environment they’re comfortable in. And it didn’t fade when the web platform launched.

“Our target audience is students, so we definitely shouldn’t be too polished, too distant, blue-white, like a college. We want to preserve this personal connection with the students as Tjark and I have been there ourselves,” says Pascal Klein.

The case of Pro-Med supports these ideas. “Every student needs to find study mates and tutors to share their journey with. […] We put a lot of effort into choosing the type of communication that could speak to students as their peers and not to their parents.”

This leads to a simple conclusion every marketer knows like the palm of their hand. But none of the founders is a marketer. There’s no need to try to please everyone. Instead, do all you can for the audience you focus on, especially if you have been a part of this audience at some point.

Since the post is about eLearning, it’s important to say that the project’s technical implementation is as critical as the educational component. Not that the founder themself writes the code, but they are in charge of finding those who will. eLearning software development is on top of the wave now, so there are a plethora of contractors to choose from. And it’s in the founders’ best interest to know the bare outlines of defining the quality of software.

As a Director of Technology, Masnad Nehith applied his expertise when working with developers from New Nordic Schools and the outsourced Anadea team. The Nordic Learning Platform was released in 2021 under his guidance and was a huge success.

In the interview, he shared the key points considering code quality and leading a team of developers. Find the summary of his ideas below.

Lesson 3: Limited Budget Is Not A Deal Breaker

Money is always the issue for small startups, especially those whose founders are as young as Pascal Klein and Giuseppe Ferrara (both were in their early 20s when they started). In the end, developing an eLearning platform costs tens of thousands of dollars. With the idea to have custom software built, a startupper generally has three options: raise investment, get a loan, and save until they have the necessary amount.

In order to make working with an outsourcing company comfortable and stress-free, clarify its terms of payment. The company can either charge an upfront payment of around half of the whole cost or start with a small investment and then have each completed feature paid for.

“When we started our project at the end of 2017, we didn’t have much money for it […]. So I asked the Anadea team how we could do that with the amount we had. Somehow they immediately decided on what could be done and started to work with a budget not that large for a tech company. It was what we, students, managed to save up and could spend,” says Pascal Klein.

So there’s no need to start big and add all features you think of right away. They can always be added as the platform grows and customers’ needs change. Also, if you brainstorm together with the development team, you’re more likely to come up with better ideas of how to prioritize features, optimize your budget, and find ways to make the most use of it.

Lesson 4: Do All You Can Do Yourselves (Mistakes Too!)

What can help you save more at the first stages of work on the project is doing as much as you can yourselves. Be it creating educational materials or managing communities on social media, it helps startuppers not only spend less but also gain more expertise in the domain.

“We have produced more than 100 hours of video lessons which were held by some of the best university students. […] All four of us took care of everything: the website, marketing, and all business-related stuff,” shares Pro-Med co-founder.

He admits that perhaps they should have hired more staff earlier to simplify day-to-day work. In fact, there’s been a lot that could have been done differently. But co-founders managed to turn their lapses into a valuable experience. “We started at a really young age, which enabled us to make a lot of mistakes early — and avoid them later on. […] Even if we still fail sometimes, now we know a lot from experience.” So, despite all that, Pro-Med returned investment fast, and now co-founders are thinking of extending the platform to include more tests.

Lesson 5: Adopt Industry Best Practices To Be In Demand

Online learning aims at making learning engaging and fun yet productive. To achieve this, founders can encourage competition between students through gamification. “They [students] can play small games and compete with each other. Competition helps them realize where they are at that specific moment. ‘Am I better than most of the students or am I the worst?’ they think, and that’s how they actually get motivated,” Pascal Klein reasons.

On top of that, students want to see their progress and pride themselves. For instance, Nordic Learning Platform will soon be equipped with an AI-driven module ePortfolio, in which students will see their progress and performance graphically displayed and receive suggestions on how to get better. Same about the recommendation engine proposing students resources on matters requiring the most attention. The broad scope of AI implementations inspired the launch of another project by New Nordic Schools, the Kwizie quiz generator for students that allows them to test their knowledge in any subject by taking quizzes generated from video and text-based content.

How to draw a line under this bunch of thoughts, quotes, and so-called lessons?

Well, it’s OK if you’ve heard about the mentioned projects for the first time now; this means you’re just not their target audience. Nevertheless, it’s important to give light to stories about projects that are not world-known but cover the needs of specific people. And it’s great that we live at a time when every student can find whatever they need—founders themselves didn’t have such luxury. And if you read this because you plan to launch an education platform too, good luck and learn from the best!

eLearning Topics That Are Sure To Bring Readers Yuletide Cheer

eLearning Topics That Are Sure To Bring Readers Yuletide Cheer

What Should You Write About This Festive Season? There's nothing quite like curling up under a blanket, sipping on some...

How To Make New Year's Resolutions For Students Stick With 2023 right around the corner, students are gearing up for...

Impact Of Storytelling On Learning

Impact Of Storytelling On The Learning Process Stories have been told since time immemorial. From the cavemen to the modern...

eLearning Game Tips To Challenge And Engage Your Learning Audience Games have the power to motivate your online learners and...

Your Guide For Changing Corporate Culture Through DEI Every member of your team should feel as though they have the...