Why are churches closing? There are many forces at work, but doctrine still matters — GetReligion 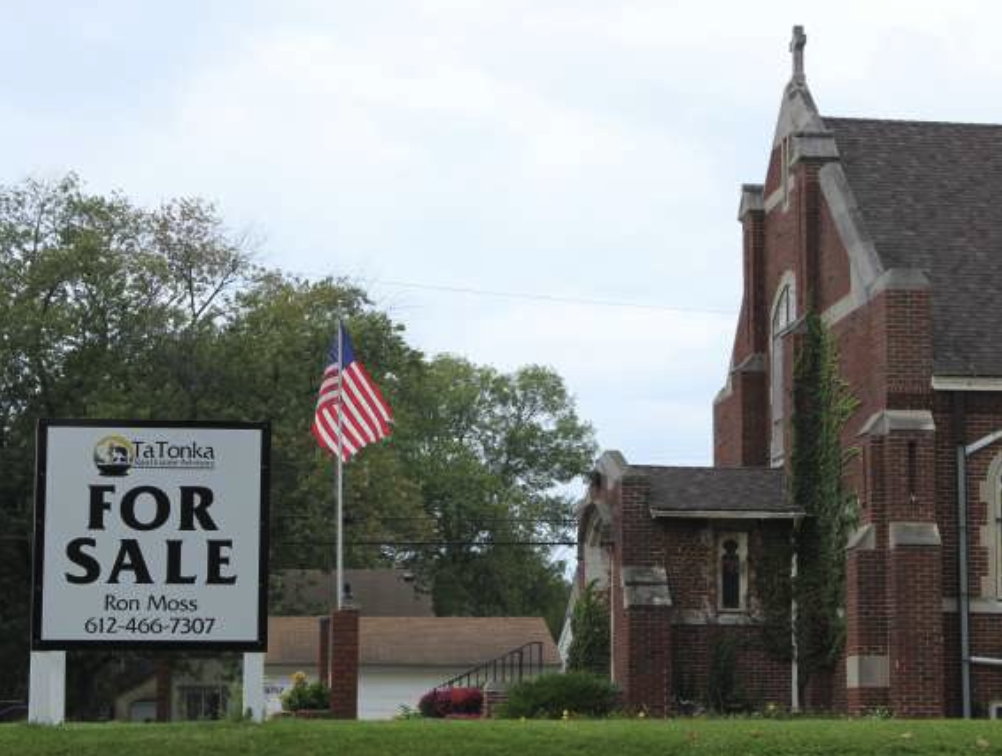 All of this is an overture to this week’s “Crossroads” podcast (CLICK HERE to tune that in) which focuses on a must-read feature story by Godbeat veteran Bob Smietana. The headline at Religion News Service: “For a small Chicago church, closing down was an act of faith.”

This was a personal, heartfelt story for Smietana, since this was a congregation that he once called home.

Like so many pastors around the United States, the Rev. Amanda Olson has kept one eye on the Bible and another on the evolving religious landscape.

She knew change was coming to the church in America.

Yet she hoped her congregation might be spared the worst of it.

“Everyone thinks that churches are going to close,” said Olson, the longtime pastor of Grace Evangelical Covenant Church on Chicago’s North Side. “But nobody thinks it is going to be their church.”

For more than a century, the small congregation at Monticello and Berteau avenues in Chicago had proved resilient, ready to adapt to the many changes that came their way. In the early 1900s, the church switched from Swedish and began worshipping in English, in order to make a younger generation feel more welcome.

There is quite a bit going on, even in that short overture. It helps to know that the Evangelical Covenant Church is a small denomination with — note the reference to Swedish — old-country roots. It is not one of the “Seven Sisters” of liberal mainline Protestantism and it has remained small-o orthodox on some symbolic issues (think moral theology).

In its battle to stay alive, leaders of this congregation made many sound decisions, opening their doors, for example, to share their facilities with believers from Chile and Sudan. A timely merger with another congregation pulled in new life. The church started a project to help the needy. It provided a home for seminarians from a nearby school.

You will need to read the Smietana story for more details. Also know that this church plays a key role in his new book, “Reorganized Religion: The Reshaping of the American Church and Why it Matters.”

A key takeaway from this story: This was a church that didn’t have to close at this time. This was a conscious decision to put resources into new church plants. Reader the following carefully:

A 2021 study from Lifeway Research, based on data from three dozen denominations, found that 4,500 churches closed in 2019, while only 3,000 were started.

Twenty years ago, the average congregation in the United States had 137 people, according to the Faith Communities Today study. Today, that number is 65, or about the size of Grace.

When churches get that small, there are just enough people to keep things going — to lead worship, to teach Sunday school, to greet, to volunteer at ministries like the food pantry — but little margin. And not enough people to invest the time and energy needed to make things new.

Right before the pandemic, Grace was drawing about 40 people, said longtime church member Steve Dawson, a former denominational leader. Dawson said that churches in Grace’s denomination had declined by an average of 31% during COVID-19.

Added to the decline at Grace was a sense of weariness, he said.

“People did not get a sense that Grace was going anywhere,” Dawson said.

What is the news story here? What hooks do mainstream reporters need to spot as more churches are closed and their facilities closed?

There are so many to discuss. In the podcast, I worked through a list of factors affecting these trends. In this list, I will note where there are valid theological angles to pursue.

* This is story about religion and sociology, with a heavy emphasis on demographic trends linked to birth rates, marriage, etc. Does doctrine play a role? Yes. Ask liberal Jewish leaders about the growth of Orthodox Judaism.

* Church decline is a real estate story — especially in urban areas. Theology and culture angles? Well, look at blue zip codes and red zip codes. Also, watch for rising numbers of fading churches in suburbs, where so many clergy — left and right — thought they were safe.

* At the same time, many rural churches are closing. It will be interesting to see if new churches are born in parts of Bible Belt America that are welcoming moving vans from big cities on the blue coasts. Theology? Who embraces evangelism and who does not?

* Watch for growth in ethnic and multicultural churches (especially among Pentecostal believers). There is more to this story than Latinos leaving Catholicism. At the same time, watch for trends in Catholic and Orthodox congregations in which old-country ties are wearing thin and converts are being welcomed in some flocks and not others. Theology? Yes. Cultural puzzles, too.

* The demographic death spiral continues in liberal mainline bodies (follow Ryan Burge on Twitter for essential charts and info) and that’s a story with obvious theological hooks. At the same time, there are churches that, well, seem to ACT like they are oldline churches, even if their theology has not changed. Will the conservative mainline spinoffs grow or plateau (see this Richard Ostling post)?

* Why are some Southern Baptist churches declining while others grow? Look for this big trend — the explosive growth of non-denominational evangelical churches. Most are Baptist in many ways, but not all. Doctrinal issues? Ask that question.

* In megachurch land, will some of the major brand names survive the transition away from their talented, charismatic founders? Will they, yes, evolve on matters of culture and doctrine?

* How many churches (left and right) have settled into what I will call “pastoral care” ruts where the goal is to care for the needs of the people who are already in the pews and that is pretty much that? Theology angle? Yes.

* How many congregations (right and mainly left) will not recover from COVID-19? How many will fall below this crucial number — 85 active members. Back in the 1980s, the United Methodist church-health scholar Lyle Schaller, who died in 2015, was already noting the importance of that number. Why? That’s the point at which a declining congregations struggles to pay the salary and benefits of its pastor.

* Watch for the struggles of micro-parishes and micro-dioceses (or other regional bodies) in the oldline denominations (and in some corners of American Catholicism and Eastern Orthodoxy). A micro-diocese averages 1,000 worshippers or less in its surviving parishes on Sunday mornings. A micro-parish? Let’s say 25 average attendance or less and the trust funds from previous generations of believers are shrinking, big time.

I could go on and on.

Is church decline linked to issues of theology and doctrine? Yes, most of the time. Is that the only factor? Clearly, no. But there are many news stories hiding in these trends and these stories are not going away.

Enjoy the podcast and, please, share it with others.

Then COVID-19 hit. But the pandemic's impact in pews only made an ongoing charity funding crisis more obvious, said Sylvia...

It’s Official: No One Wants to Be a Historian Nowadays